The best American short stories selected from U. S. and Canadian magazines by Amy

The best American short stories : 1999 / selected from U. S. and Canadian magazines by Amy Tan with Katrina Kenison ; with an introduction by Amy Tan 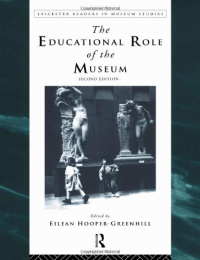 The educational role of the museum edit by Elean Hooper-Greenhill

The educational role of the museum / edit by Elean Hooper-Greenhill

The educational role of the museum - Copie Through my Eyes Leon Weckstein

Through my Eyes - Copie

Abstract: 1942 -- the mention of it still evokes images of our once-proud fleet sinking into Pearl Harbor's watery graveyard, and Nazis goose-stepping through the Arc de Triomphe. Leon Weckstein had just turned 21 and figured he'd be drafted. After being rejected by the Navy for poor eyesight, he found himself drafted into the 91st Infantry Division. He became dependent on his vision for survival as he led his platoon through dangerously crucial assignments -- including a direct order to level the Tower of Pisa. From his forward observation post, he held the Tower's fate in his hands... 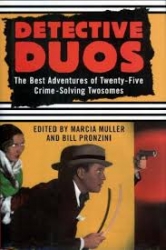 Abstract: Sleuthing twosomes have long made their mark on detective fiction. From the unnamed narrator in Edgar Allan Poe's "The Purloined Letter" who adroitly recounts the virtuosity of the Parisian detective, C. Auguste Dupin, to Dorothy L. Sayers's beloved Lord Peter Wimsey and Mr. Bunter, to Lillian Jackson Braun's interspecies partnership between Phut Phat (an investigative genius who happens to be a cat) and one of its owners, detective duos have come in all guises. Indeed, there are almost as many variations of compatriot crimefighters as there are types of mystery and detective fiction. In this anthology, a real-life detective duo - married mystery novelists Marcia Muller and Bill Pronzini - have brought together 25 of the best paired puzzle-solvers in short stories of remarkable range and scope. Here are traditional tandems: Sherlock and his admiring Watson, in a devilish puzzler "The Adventure of the Empty House," alongside Nero Wolfe and his employee, Archie Goodwin, in "Fourth of July Picnic." Husband and wife teams are well represented by Frances and Richard Lockridge's "Mr and Mrs". Philosophy in the flesh George Lakoff and Mark Johnson

Philosophy in the flesh : the embodied mind and its challenge to Western thought / George Lakoff and Mark Johnson

Philosophy in the flesh - Copie Abstract: In the 1880s, as the European powers were carving up Africa, King Leopold II of Belgium seized for himself the vast and mostly unexplored territory surrounding the Congo River. Carrying out a genocidal plundering of the Congo, he looted its rubber, brutalized its people, and ultimately slashed its population by ten million—all the while shrewdly cultivating his reputation as a great humanitarian. Heroic efforts to expose these crimes eventually led to the first great human rights movement of the twentieth century, in which everyone from Mark Twain to the Archbishop of Canterbury participated. King Leopold's Ghost is the haunting account of a megalomaniac of monstrous proportions, a man as cunning, charming, and cruel as any of the great Shakespearean villains. It is also the deeply moving portrait of those who fought Leopold: a brave handful of missionaries, travelers, and young idealists who went to Africa for work or adventure and unexpectedly found themselves witnesses to a holocaust. Abstract: Aurelio Zen cynical and tough, yet worn down from years of law enforcement has just been given the worst assignment he could imagine. He has been sent to the heart of hostile territory: Sicily, the ancient, beautiful island where blood has been known to flow like wine, and the distinction between the police and the criminals is a fine one. Even worse, he has been sent to spy on the elite anti-Mafia squad.The only thing that makes the job palatable and takes his mind off routine details like the rotting body found in a remote train car is that Zen's adopted daughter, Carla, is also in town. But life becomes precarious for Carla when she stumbles upon some information she'd be better off not knowing and befriends a local magistrate on the Mafia's most wanted list. What ensues is a breakneck plot of amazing complexity that culminates in a stunning finale. Blood Rain, emotionally gripping and defiantly original, is surely one of Dibdin's finest works." 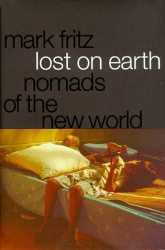 Lost on Earth : nomads of the new world / Mark Fritz

Abstract: Fritz lays out his tales of refugees and refugee workers with a short-story master's feel for character and plot... while [the refugees'] hardships obviously matter to him, what captures his imagination and his skill is their personalities. His portraits of the uprooted encompass natives of lands as diverse as Germany and Iraq and Togo and Bosnia, but no one he writes about seems foreign; he puts us in his subjects' shoes by showing us how very much like us they are. (And he drives home the point that there is no longer anything anomalous about their experience, reporting that in the mid-1990s, roughly one out of every 100 people on the planet was forcibly uprooted from home.) He also has a gift for making tangled clashes...easy to follow without talking down in the process. Although Fritz's subject matter is cruel, his book is strangely delightful-- on one level an outcry against acts of inhumanity, but on another a celebration of our common humanity. 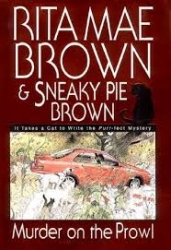 Murder on the prowl - Copie

Abstract: As the principal of St. Elizabeth's, an exclusive private school that caters to Crozet, Virginia's, best families, Roscoe Fletcher has proven himself to be a highly effective and vastly popular administrator. So when his obituary appears in the local paper, everyone in town is upset. Yet nothing compares to the shock they feel when they discover that Roscoe Fletcher isn't dead at all. Someone has stooped to putting a phony obituary in the newspaper. But is it a sick joke or a sinister warning? 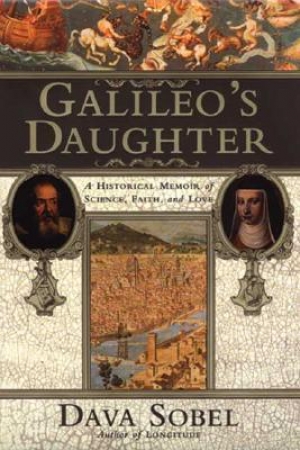 Abstract: From the international best-selling author of Longitude, Galileo's Daughter is the fascinating story of the relationship between the great Italian scientist Galileo and his daughter, Virginia.Galileo Galilei (1564-1642) was the foremost scientist of his day, `the father of modern physics - indeed of modern science altogether' in the words of Albert Einstein. Though he never left the Italy of his birth, his inventions and discoveries were heralded around the world. His telescopes allowed him to reveal a new reality in the heavens and to defend the astounding proposition that the Earth actually moves around the Sun. For this belief he faced the Holy Office of the Inquisition and was subsequently tried for heresy and threatened with torture. Galileo is brought to life here as never before - a man boldly compelled to explain the truths he discovered, human in his frailties and faith, devoted to family and, especially, to his daughter. Since there could be no hope of marriage for his illegitimate... Cities of the plain Cormac McCarthy

Cities of the plain / Cormac McCarthy

Cities of the plain - Copie

Abstract: In this magnificent new novel, the National Book Award-winning author of All the Pretty Horses and The Crossing fashions a darkly beautiful elegy for the American frontier. The setting is New Mexico in 1952, where John Grady Cole and Billy Parham are working as ranch hands. To the North lie the proving grounds of Alamogordo; to the South, the twin cities of El Paso and Juarez, Mexico. Their life is made up of trail drives and horse auctions and stories told by campfire light. It is a life that is about to change forever, and John Grady and Billy both know it. The catalyst for that change appears in the form of a beautiful, ill-starred Mexican prostitute. When John Grady falls in love, Billy agrees--against his better judgment--to help him rescue the girl from her suavely brutal pimp. The ensuing events resonate with the violence and inevitability of classic tragedy. Hauntingly beautiful, filled with sorrow, humor and awe, Cities of the Plain is a genuine American epic.